In January 2013, Jack Russell of the band Great White (awesome band) has been spotted wearing the official Mojo's Beads Robert Plant necklace. I'm honored! Here are a few pictures, one with John Stamos: 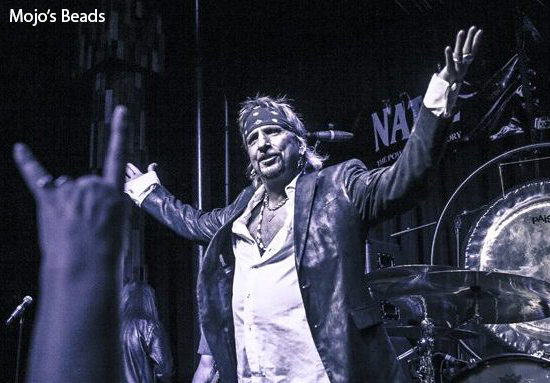 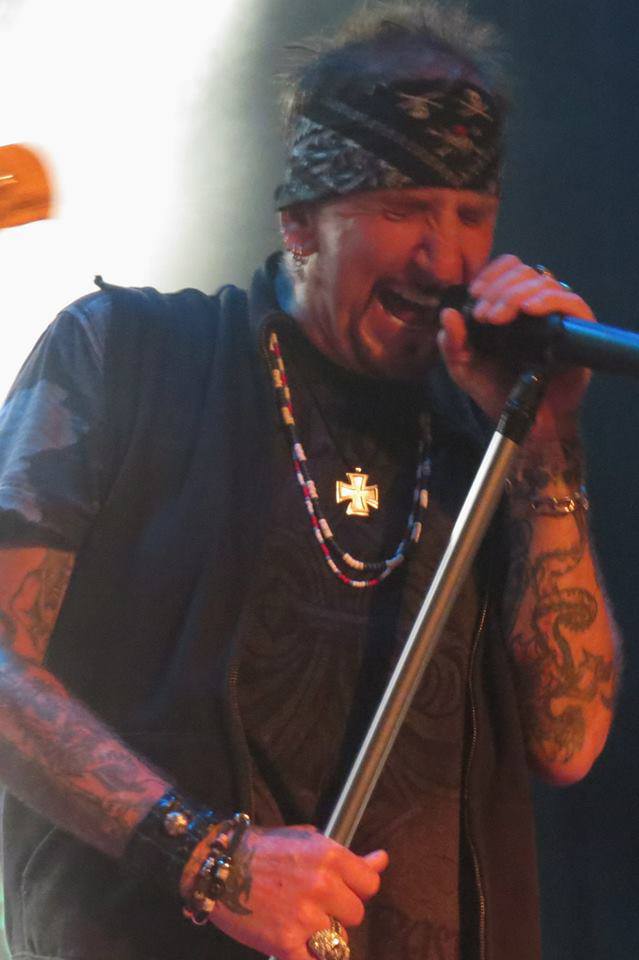 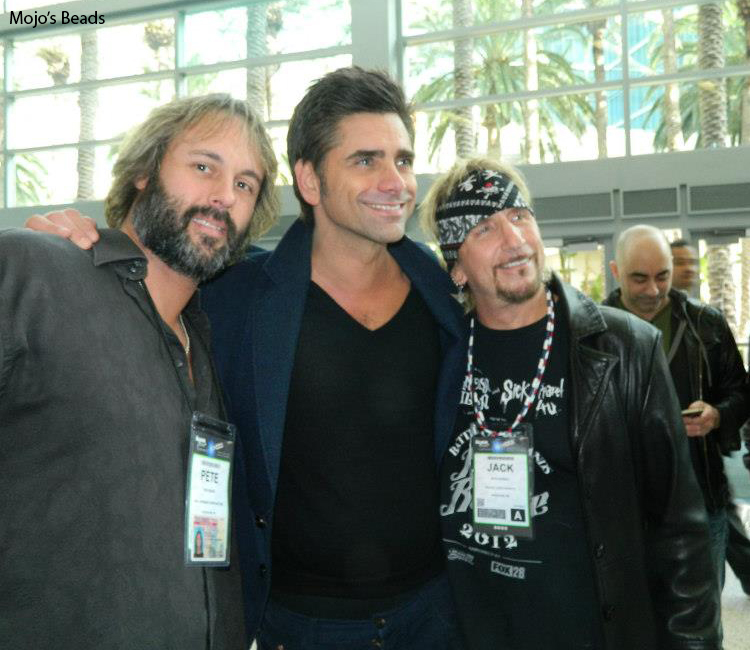 I decided to start selling the Jimbo Red version again. This is bascially the original Jim Morrison cobra necklace, but the green is replaced with red. It has become pretty popular. I used to sell this necklace before, but I stopped because too many other bead makers were calling this the necklace for the 1991 movie The Doors. It is not. The necklace in the movie is different, is consists of white, red, black and green. I also make that movie necklace, first put it up online on 2012-09-29.

Here's a little history on how the Jim Morrison's Cobra love bead necklace was formed. It was Davy Jones of the Monkees that started the love bead craze. Henry Diltz, a photographer, had made a bead necklace for himself. He used five blue, five white, and one red at the end. In 1967 he was hired to shoot for the Monkees TV Show. Micky Dolenz asked Henry if he can make him one, followed by Davy Jones. Then the cameramen wanted them, and everyone else on the set. The girls that came in who wrote stories for teenie bopper magazines noticed these beads, and began calling them Monkee Love Beads. They started selling these Monkee Love Beads in the magazines, just beads and string, and the customer would string them themselves. One of those writers was 16 Magazine editor in chief Gloria Stavers. Gloria had been having an affair with Jim Morrison. She was mesmerised by him. She approached Henry Diltz and asked him to make her a special necklace for a friend of hers. She described Jim as earthy, spiritual and kind of mysterious. Henry used brown and green to represent earthy, white for spiritual and black for mysterious.

In September 1967 Jim Morrison was photographed by Joel Brodsky in New York City. This is often referred to as the Young Lion Photo Shoot. During this session Jim had his bead necklace on. Jim was drunk and was being very animated, allowing himself to be photographed in many different types of poses. He also ran into the closet, grabbed a fur coat and took a few pictures wearing it. These photographs are considered the most iconic images of Jim Morrison.

The necklace became known as Jim's cobra necklace, however it's not at all based on the pattern of a snake.

How Am I Doing?

Let me know how I'm doing! Also comments on my work are welcomed.